After Coinbase Global Inc. hit a valuation above $100 billion Wednesday, the question for the broader crypto world is, Who’s next?

BlockFi Inc., a crypto-lending startup, and Kraken, a competing exchange with Coinbase, are two U.S. firms in the $2.2 trillion cryptocurrency market that are considering going public. The rise of Bitcoin and other digital assets like Ether to all-time highs this week is fueling a boom in possibilities that only a few years ago would’ve been laughed at.

“The biggest ramification of Coinbase going public is the legitimacy it brings to the industry,” said Ben Weiss, chief executive officer of CoinFlip, which provides crypto ATMs in the U.S. “There’s also rumors that Kraken and BlockFi are also looking to make themselves publicly tradable in the near future.”

The path for Coinbase to a $100 billion valuation starting off in 2012 in a San Francisco apartment has been at times rocky. There were several stretches when crypto seemed dead, what’s known as a “crypto winter.” The overall market went through a boom in 2017 and early 2018 when Bitcoin hit a then-record price of over $20,000. But it subsequently crashed to about half that until last year. 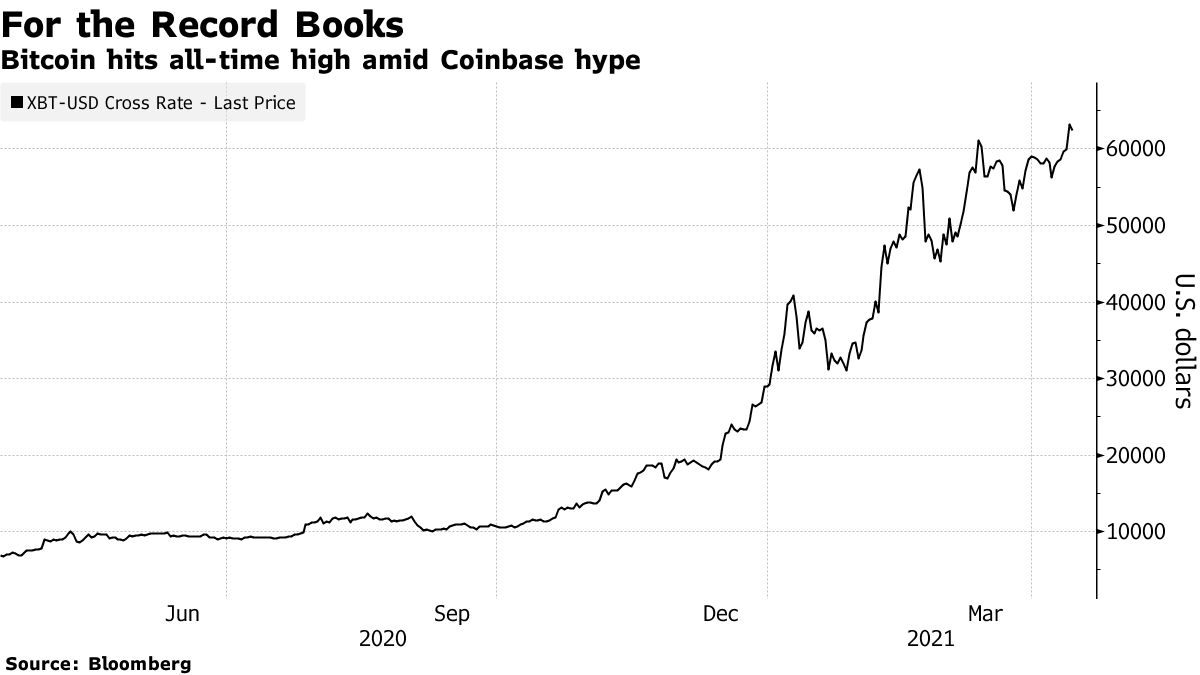 The volatility inherent in Bitcoin and other digital assets is also a key ingredient in Coinbase. Its revenues are tied directly to how well the overall market has been performing, as seen by the fact that it didn’t reach profitability until last year.

Matt Levine’s Money Stuff is what’s missing from your inbox.

“The path is now easier for cryptocurrency businesses than it was for Coinbase, so you might get competitors developing more rapidly and you might even see the big traditional finance institutions enter,” said Philip Gradwell, chief economist at Chainalysis, a blockchain forensics firm.

“Crypto adoption has gone exponential,” he said. “With Coinbase going public, it’s at the point where the crypto industry can say, ‘We’ve achieved adoption,’ and look to the next stage.”

Other large U.S.-focused crypto firms include the Gemini exchange run by the Winklevoss brothers and Genesis, a trading and lending operation that is affiliated with Barry Silbert’s Digital Currency Group.

Coinbase shares opened at $381 a share, giving it a valuation of close to $100 billion. The price subsequently rose to almost $430 before retreating to close at $328.28, giving it a market capitalization of $65.4 billion. Bitcoin hit an all-time high of $64,869 on Wednesday, before turning lower. 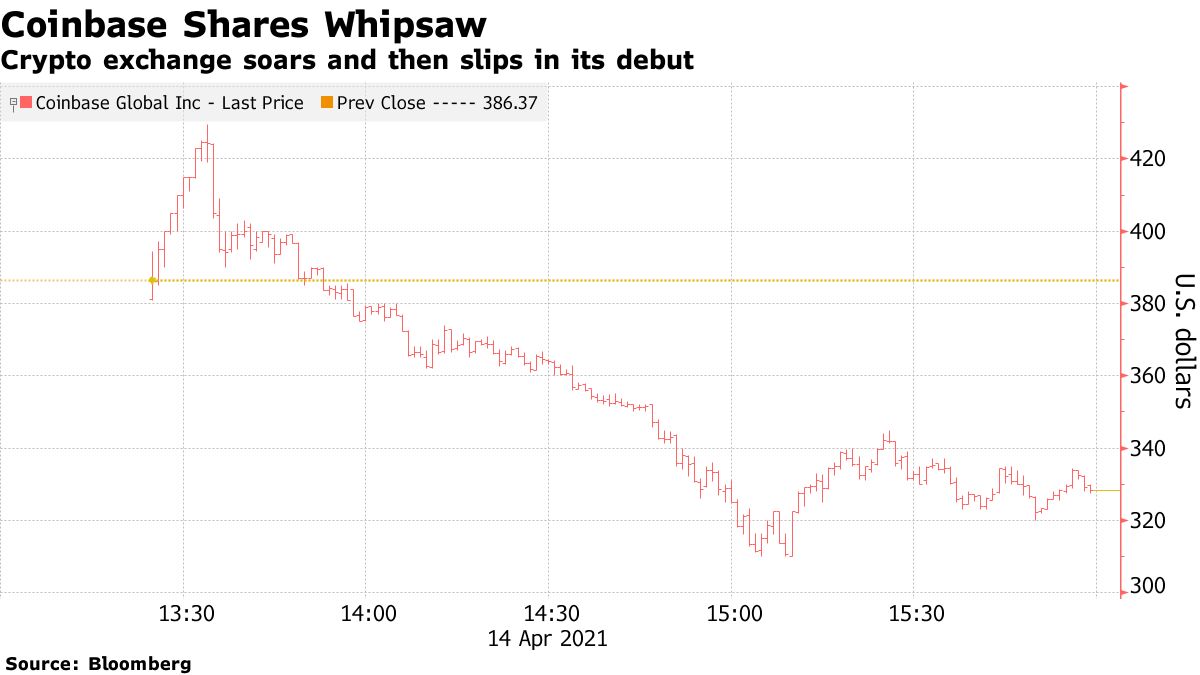 The next company to go public in the U.S. will need to have an established set of customers, said Eric Turner, director of research at Messari, a cryptocurrency analytics firm.

“Kraken, or someone who is likely to have the audience to go public in the U.S. market” is where investors should look next, he said. International exchanges like Binance, the largest Bitcoin market, have seen their value increase because of the Coinbase direct listing on Nasdaq, Turner said.

“It has re-rated the valuation of cryptocurrency exchanges around the world,” he said.

Gradwell agrees. “For the existing exchanges, in particular the ones that operate in regions that Coinbase isn’t as deep in, this gives them a great valuation benchmark,” he said. Their founders and investors “are all going, ‘Look we should probably IPO pretty soon because you’ve got a good example there.’”

One thing is for sure: The Coinbase listing has gotten the attention of the banks that for many years shunned crypto as illusory or a product for criminals.

The Coinbase listing “is a watershed and historical event for the crypto industry and will be something the Street will be laser focused on to gauge investor appetite going forward,” Dan Ives, an analyst at Wedbush Inc., wrote in a note to clients Wednesday. “Coinbase is a foundational piece of the crypto ecosystem and is a barometer for the growing mainstream adoption of Bitcoin and crypto for the coming years.”