There have been a flurry of IPOs in 2018, many for companies in the Technology sector. Previously, we looked at the compensation of Fortune 100 company CEOs and we were curious to see how these compared to CEO compensation at Tech companies at their IPO.

We looked at companies with an IPO in 2018 and the Executive Compensation data in their S-1 filing. Keep in mind, this is annual compensation (salary plus equity awards that year), not the total amount of equity the CEO or founder might previously have earned (for an analysis of founder equity stakes at IPO, please see this past analysis)

The table below shows CEO compensation at these companies in Fiscal Year 2017, ranked by total compensation. 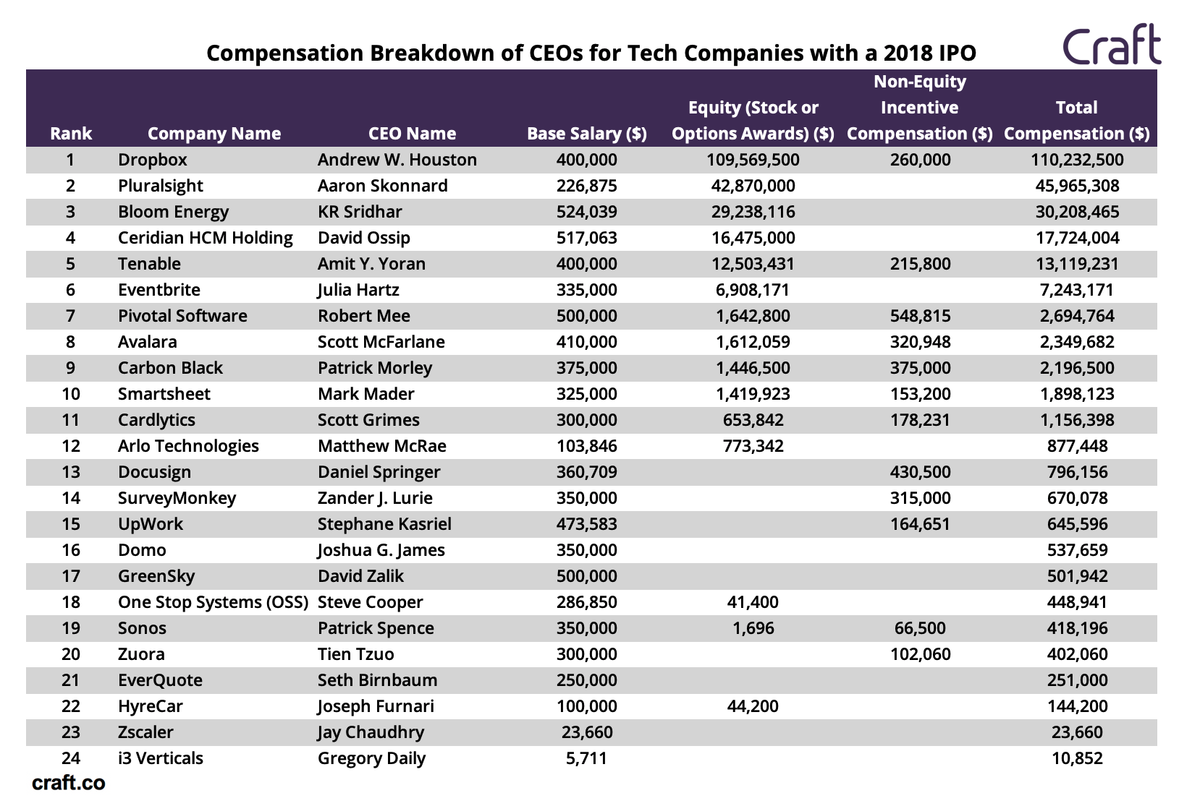 Aaron Skonnard (Pluralsight) and KR Sridhar (Bloom Energy) ranked second and third, respectively. Just under half of the companies had total CEO compensation over $1M.

The base salaries for CEOs here are mostly between $100K to $500K, with the exception of Zscalar and i3 Verticals, whose CEOs are both taking under $25K in total compensation. In fiscal year 2017, Gregory Daily (CEO of i3 Verticals) elected to receive only a nominal salary equal to the employee premiums for health insurance.

Next, we compare the CEO’s compensation to the revenue of the company for the previous fiscal year (FY17). 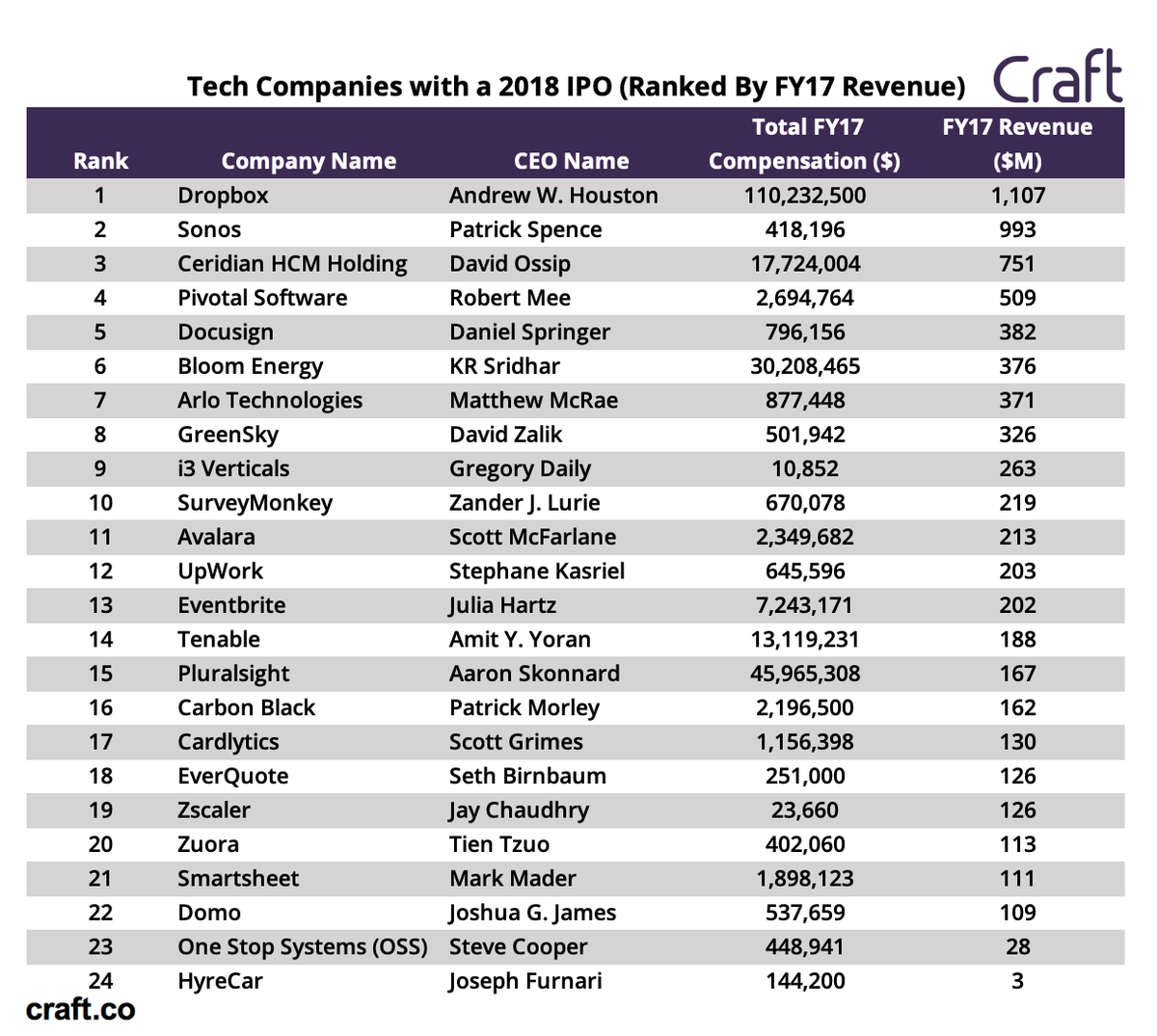 *Note: Pluralsight numbers are for FY18, due to their fiscal year ending on February 2, 2018.

With rumored high-profile IPOs in 2019 (such as Uber, Lyft, Airbnb, Pinterest, Palantir, Postmates), we are interested to see how their CEOs’ salaries compare – stay tuned.