To get a sense of how coronavirus could impact startup financing in Asia, we analyzed how virus outbreaks have impacted private market funding in the past.

Yesterday, the World Health Organization (WHO) officially declared the new coronavirus outbreak a public health emergency of international concern. Although the virus, which originated in China, has been much less deadly than past virus outbreaks, 7,800+ cases have already been confirmed in 18 countries.

China remains the epicenter of the crisis — all but 1% of cases are in China, and 34% are in Wuhan, which has been on citywide lockdown since January 23.

The country, and Asia, more broadly, have also been hotbeds for private market financing over the past few years. The latest PwC / CB Insights MoneyTree Report pointed to Asia as the second most active VC market globally, with 5,295 deals and $63B in funding in 2019.

So how might the coronavirus outbreak impact the booming private markets in Asia? We look to past outbreaks to answer this question.

The SARS outbreak started in November 2002 in China’s Guangdong province, but the outbreak only became widely publicized 3 months later, when an American businessman died from the disease. Shortly after, the WHO issued a global alert in March, sending the world into a prolonged panic given the disease’s high mortality rate.

It wasn’t until May 2004 that the WHO announced China free of new SARS cases. 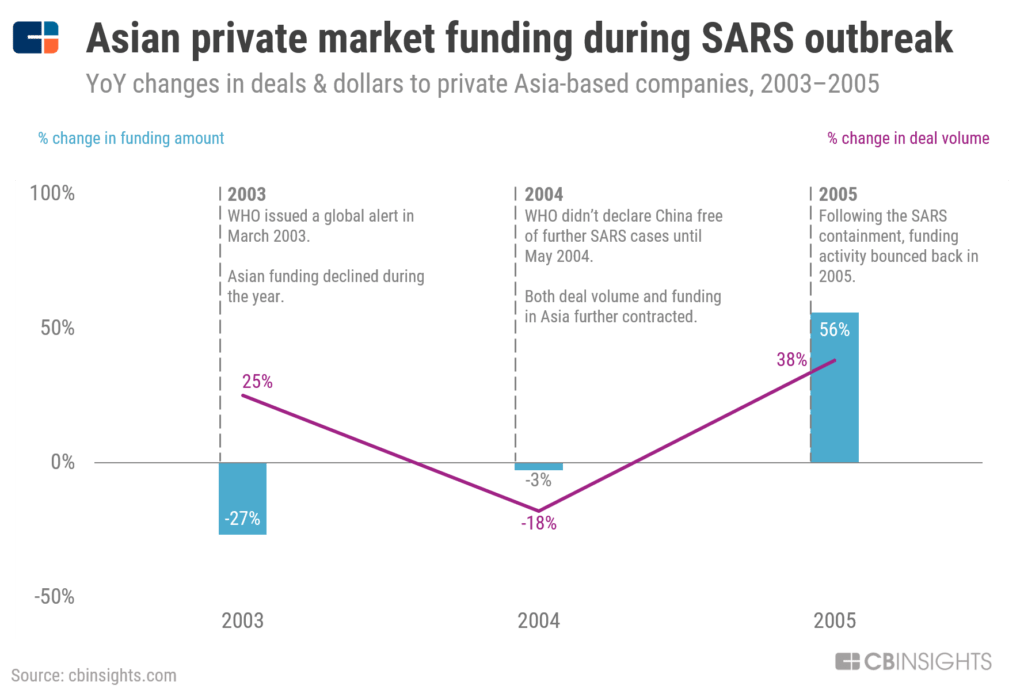 Deal volume and funding both started to recover in Q3’04 shortly after the WHO cleared China of SARS, and matched pre-outbreak levels 1 quarter later. Notably, a little over a year after the WHO’s clearance, Asian private market funding hit a new funding high and witnessed a now-fabled deal: Yahoo’s $1B investment in Alibaba.

The Zika outbreak began in early 2015 in Brazil and spread to the rest of South America and other parts of the world, including the US.

It wasn’t until Q1’16 that the mosquito-transmitted virus entered the global consciousness. In January, the US Centers for Disease Prevention and Control (CDC) issued a warning advising against pregnant women traveling to Brazil and other countries in the region due to increasing evidence of the virus’s link to birth defects. In February, the WHO declared the Zika outbreak a global emergency.

The WHO ended the warning in November 2016.

Our News tool shows that media coverage of the virus started to spike around when the CDC and WHO issued their warnings. The coverage peaked by September 2016. 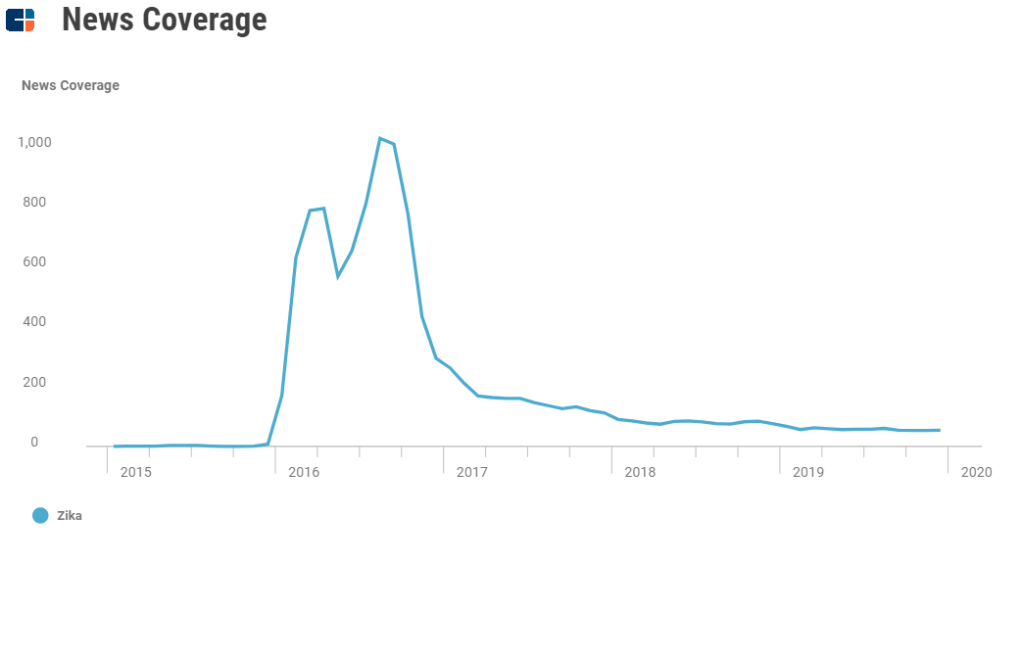 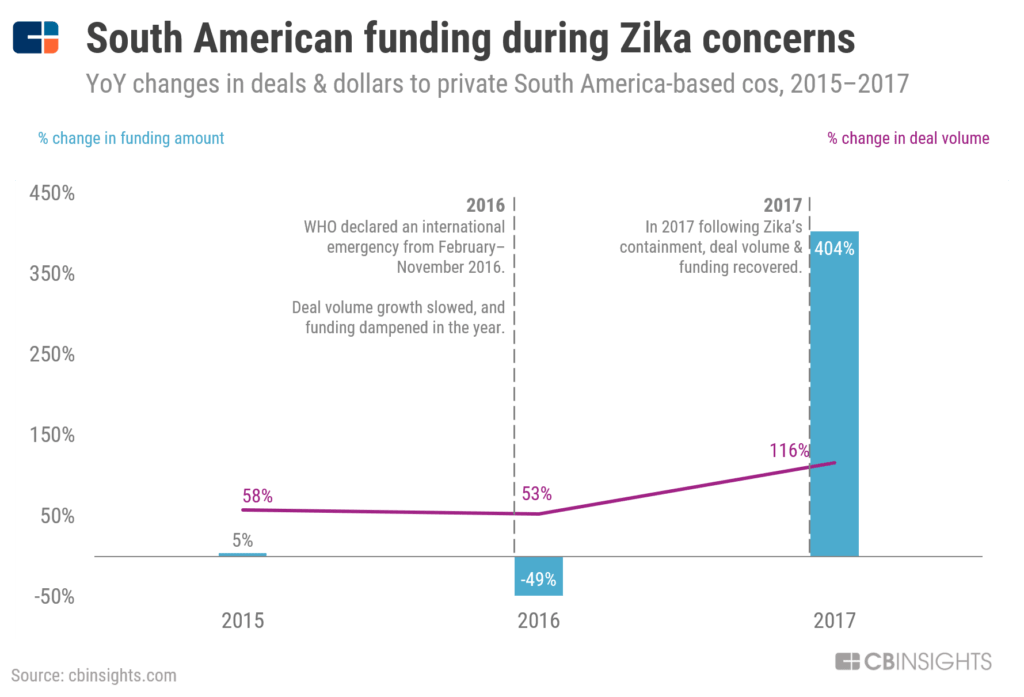 Meanwhile, deal volume in 2016 still outpaced the prior year, but this may be a reflection of how nascent activity was in the region. The deal volume growth rate did slow down when compared to the 2015 rate.

However, both of the past private market downturns that accompanied a major viral outbreak were followed by an eventual bounce back. So at the end of the current coronavirus outbreak, we could see landmark deals or new funding highs in the Asian market.