Shortly after Uber reported that even as the company continues to grow, generating record revenue in the latest quarter, yet burning ever more cash to preserve market share and grow it business as shown by its increasingly more negative EBITDA… 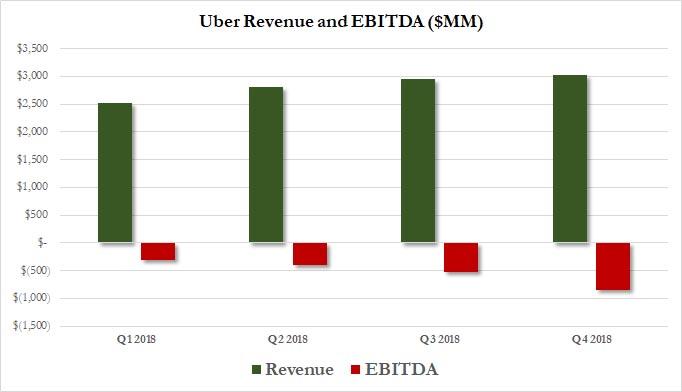 … on Friday, Uber’s biggest competitor Lyft finally filed its long-awaited IPO application (reserving the ticker “LYFT” once it start trading on the Nasdaq exchange) giving potential investors a first look at the company’s financial information as it hopes to become the first the ride-sharing giant to go public.

In the 220-page S-1 filing, underwritten by JPMorgan, Credit Suisse and Jefferies (and 17 other banks) the company laid out a proposed offering size of $100 million as a placeholder, however the amount is certain to increase in the coming weeks. 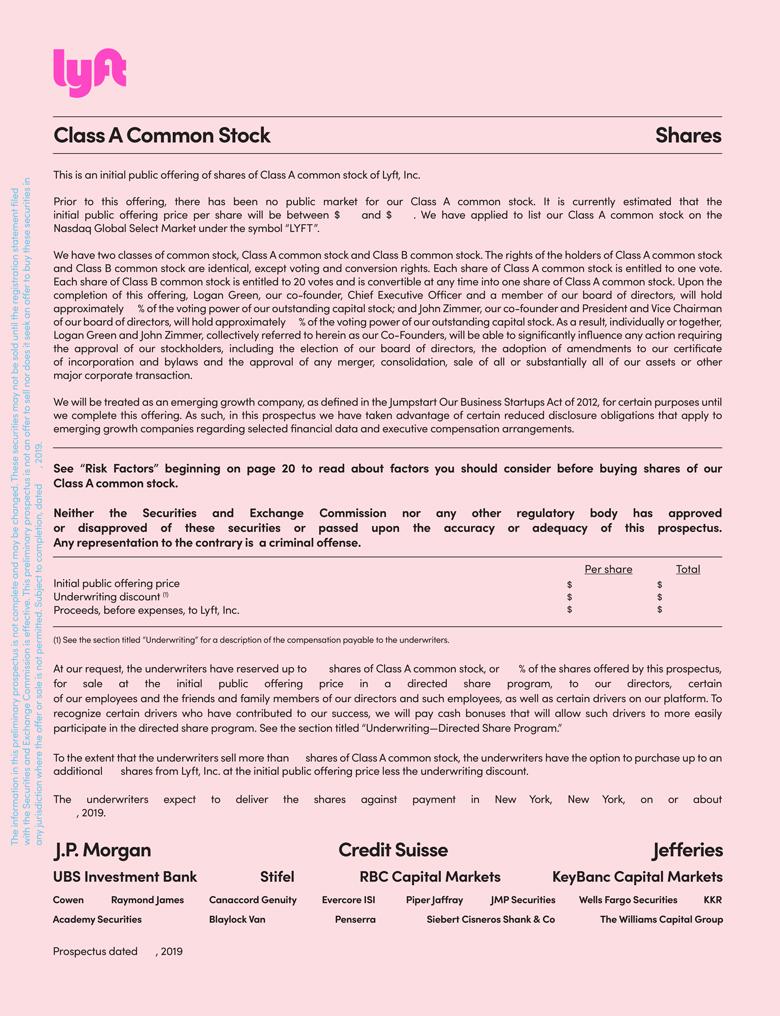 As Bloomberg writes, according to banks working with Lyft, the valuations pitched for the company ranged from $18 billion to $30 billion and by last week, that range had narrowed to $20 billion to $25 billion. That means that the company’s valuation will increase by $5-10 billion in just half a year: last June, Lyft raised $600 million in a round led by Fidelity Investments at a $15.1 billion valuation; investors include Alphabet’s private-equity arm CapitalG, KKR & Co. and Baillie Gifford. 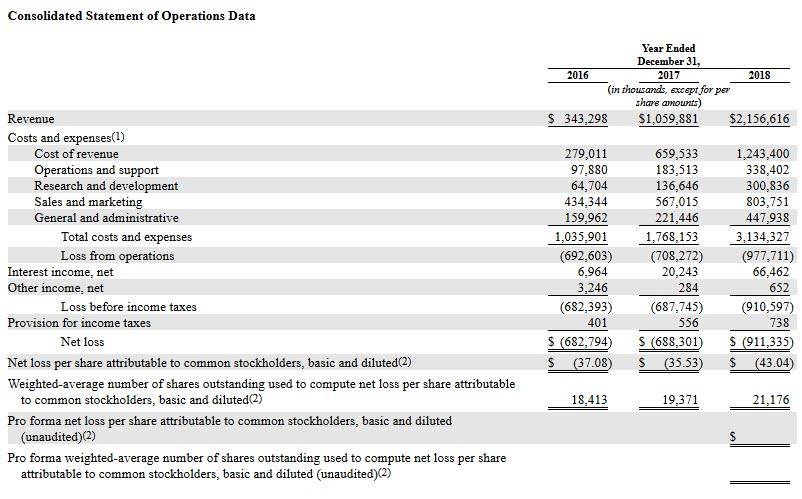 Somewhat concerningly, year-over-year growth slipped throughout 2018, falling from 130% in the first quarter to 94% in the fourth quarter, as the business is slowly approaching peak growth. 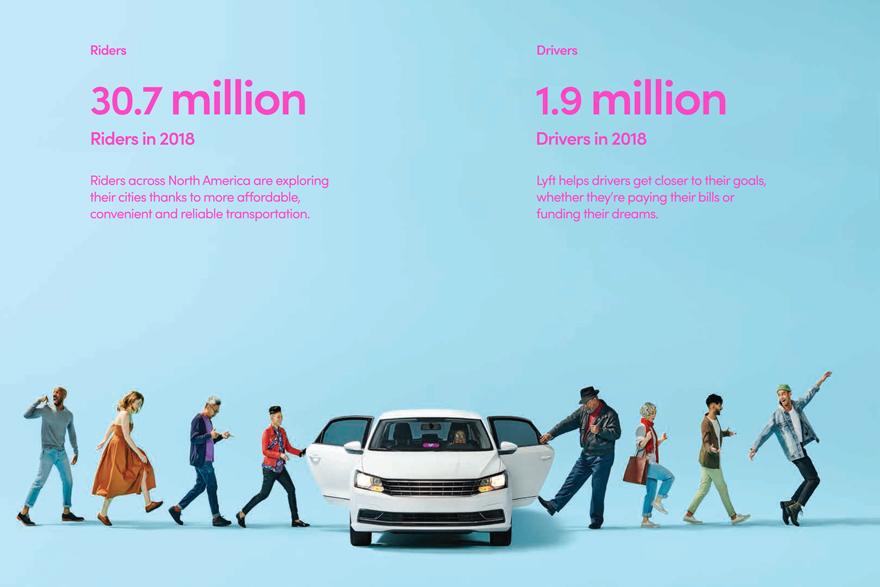 Additionally, as reported previously, Lyft is offering some of its most dedicated drivers, who are contractors, a cash bonus that they can use to buy shares in the IPO, the company said in a statement. The bonuses will range from $1,000 to $10,000 for drivers in good standing.

As Bloomberg notes, Friday’s filing gives Lyft a leg up in its race with Uber to go public this year: the competing ride-sharing companies filed their draft statements to the Securities & Exchanges Commission in the same week in December, and had received initial feedback from the regulator as of Feb 11.

More importantly, the upcoming IPOs of these Unicorns will test investor appetite and whether increasingly money-losing businesses can withstand wider investor scrutiny, along with the prospects for the dozens of still-private Silicon Valley names pursuing listings, a group which includes Pinterest, which this week submitted a confidential IPO filing to the SEC, while food delivery company Postmates and Slack Technologies also filed confidentially with the SEC.

Even at a $25 billion valuation, Lyft’s listing will be dwarfed by Uber, which is backed by Softbank’s Vision Fund and venture capital fund Benchmark, and which was valued most recently at $76 billion in August, when Toyota invested $500 million in the company. And, as Bloomberg adds, despite burning $2 billion in 2018, Bloomberg writes that banks have laid out valuation scenarios for Uber as a public company that will stretch its valuation as high as $120 billion, which would make it more than twice as valuable as the world’s second biggest unicorn, China’s own ride-sharing leader, Didi Chuxing. 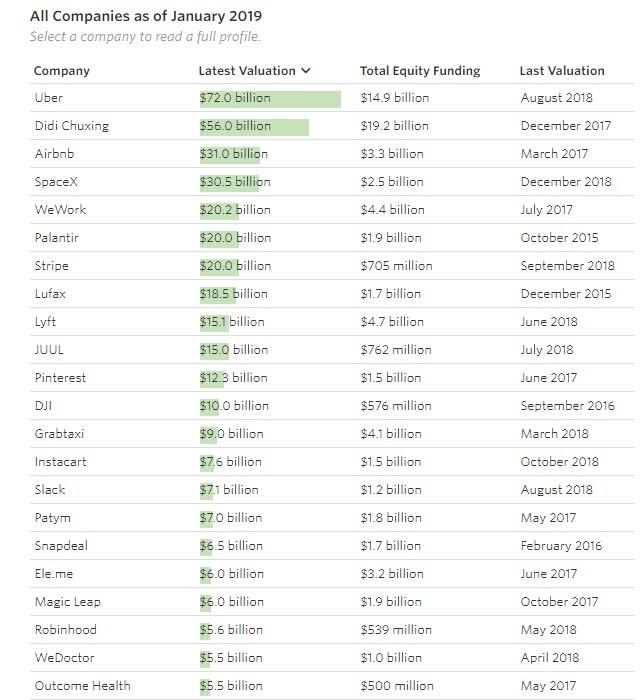