Rivian’s CEO is warning about a forthcoming shortage of battery supplies and says the forthcoming challenge from such a shortage would be more profound for the industry than the current semiconductor shortage.

EV companies are in the midst of trying to scramble for raw materials like cobalt, lithium and nickel, the Wall Street Journal reported. In fact, we wrote just days ago about a “secret” pact that Tesla struck with miner Vale in order to secure its nickel supply.

We also wrote about how other automakers were dealing with growing raw materials shortages and spiking prices.

Now Rivian Chief Executive RJ Scaringe is warning of an even bigger crunch. He told the WSJ: “Put very simply, all the world’s cell production combined represents well under 10% of what we will need in 10 years.”

“Semiconductors are a small appetizer to what we are about to feel on battery cells over the next two decades,” he added, days after his company slashed their factory output goals for the upcoming year. 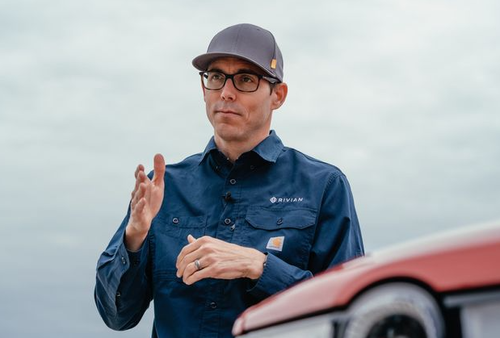 Rivian has cut its forecast to 25,000 vehicles for the year as a result of “constraints on getting parts and materials”, the wrote.

Scaringe plans on hitting the problem head on by enlisting numerous suppliers and trying to create redundancy on where the company sources its raw materials and parts from. “We are not going to have a single supplier. We are going to have multiple suppliers,” he concluded.

Recall, we wrote days ago that automakers like Toyota and Nissan are still grappling with higher costs and struggling to ramp up output.  In total, Japan’s manufacturers “face an increase in raw materials costs of around 1.4 trillion yen ($11.5 billion) for the year through March,” a recent report says.

Seiji Sugiura, an analyst at the Tokai Tokyo Research Institute, commented: “Carmakers are expected to absorb some of the rise in costs through cost-cutting efforts, but it will be difficult to absorb all the increases.”

Sanshiro Fukao, a senior fellow at the Itochu Research Institute, added about the supply chain for building automobiles: “The premise that ‘if you place an order, parts will be immediately delivered’ is collapsing.”

And even as some parts have become unavailable, raw materials for other parts have skyrocketed in price. For example, palladium, nickel and aluminum have all surged to record highs last month. The metals are used in automobile catalytic converters, batteries and other car parts. 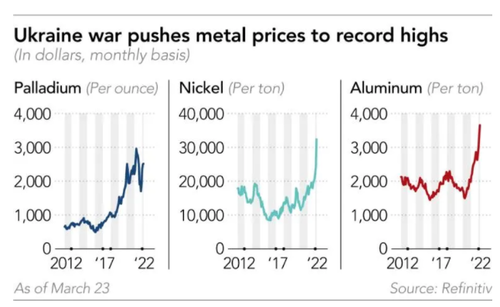